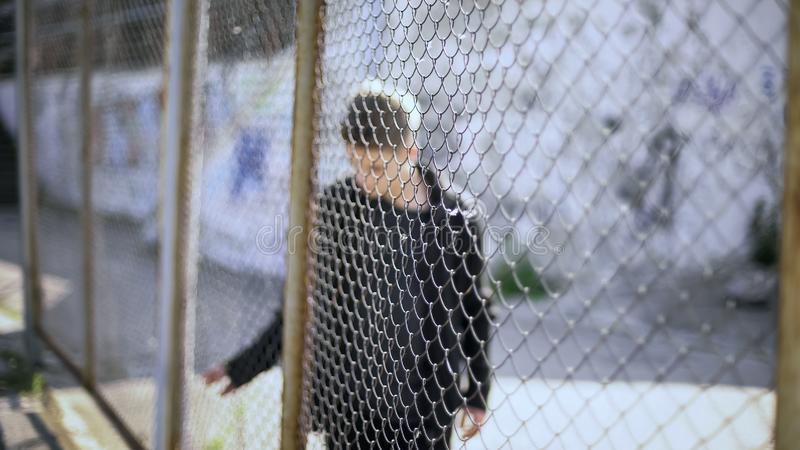 Federal Member for Mayo Rebekha Sharkie introduced a Private Members’ Bill last year, to put pressure on the Government to follow a United Nations recommendation, and raise the age of criminal responsibility in Australia from 10 to 14 years. This would re-align us with most of the developed world.

In November 2019, then Attorney-General of Australia, Christian Porter, was of the opinion that the current system was working well. He went on to state that the bill was highly controversial, because it would mean there would never be any circumstances where a person aged ten to 14 could be held responsible for their actions. That opinion appears to be, at best, wilfully blind.

It is worth noting that a spokesperson for the current federal Attorney-General, Michaelia Cash, said the issue was one for states and territories to decide. Quite a backward step from the Commonwealth, and from the first law officer in the nation.

Porter had worked previously as Attorney-General of W.A. where he must have known that almost 40 per cent of Western Australian youth in detention have fetal alcohol spectrum disorder, and almost 90 per cent have a neurological impairment.

We are desperate for change, but the Attorneys need more time

This is hard to believe, but in Australia, today, there are over six hundred children, aged between 10 and 13, who are in jail. It is a fact that about 65% of those children are of Aboriginal and Torres Strait Islander (Indigenous) heritage.

If you wanted to consciously set about handicapping a person for life, what better way than to lock them up, separate them from family and friends, take them out of the classroom, and impose the rigors of life in an institution on pre-pubescent children.

This reeks of another ‘stolen generation’ disgrace, and we can’t blame ‘redneck’ police, or consciously racist bureaucrats for this. No, this state of affairs sits squarely on the shoulders of our federal and state attorneys-general.

One of the cornerstones of criminal law in Australia, and other Common Law jurisdictions, is the concept of “mens rea“. The phrase means a guilty mind, and it must be present, to prove intent to commit a crime.

We all know that these children are legally ‘infants’. They cannot vote, or marry, or drive a car, or sign a contract, or consent to sexual activity, but they can commit crimes? We should consider improving their lives, rather than jailing them.

Think back to when you were ten years old. How did you rate when it came to weighing up your options, the consequences and rewards of your intended action, and your willingness to accept the outcome, if there was one. Did you know the difference between ‘good’ and ‘bad’? How about lawful and unlawful?

The attorneys-general of this great nation have been in a bit of a bind, because they feel that they have not had enough time to consider the matter of whether it is appropriate to continue to lock children up in detention. That is not to mention the 600 who are already there.

In mid-2020 they indicated that more work needed to be done on alternative forms of punishment before they could make their recommendations.

They have just completed another full year of ‘deliberating’. They refuse to answer questions as to what specific work has been undertaken, and by whom, in the past year, to identify adequate processes and services for children who exhibit offending behaviour.

Reasons why change is necessary, now

Professor Judy Cashmore, of the University of Sydney Law School, lists five reasons why it would be a good idea to lift the age of criminal responsibility in Australia:

2. The younger a child is at their first contact with the criminal justice system, the greater their chances of future offending, so at least increasing the age will mitigate the harm to the child;

3. Indigenous children are highly over-represented in this group of children so positive, culturally and age-appropriate responses are critical for these children to reduce this over-representation;

4. It is extremely costly to bring children into juvenile detention – that money urgently needs to go into therapeutic justice re-investment;

5. Raising the age to 14 would bring Australia into line with the UN Convention on the Rights of the Child. It is time that Australians were again proud of our civic culture, rather than being stuck in a time-warp of ‘old white man’ reaction.

The Morrison Government has a chance to undo some of the reputational damage it has caused to Australia over the last eight years. Raising the age of criminal responsibility from 10 to 14 is a no-brainer. All thinking Australians seem to be in favour, except for the lawyers in power. We should release the children in custody immediately. Their lives are being trashed as we speak!

So, take a good look at a ten year old kid, and wonder why we are victimising children. To make matters worse, the law is more likely to punish them, if they are Indigenous. Shame on us.

This post has been updated, to reflect changes since it was first released.