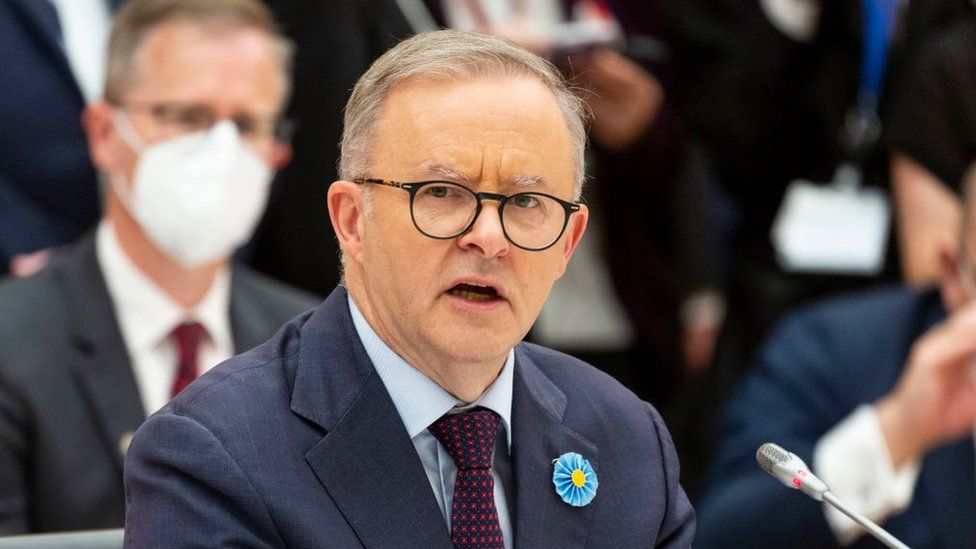 Considering that the Morrison Government was arguably the worst in Australian history, (apologies to Tony Abbott & Joe Hockey) it is unbelievable that the Albanese Government, seen by so many as the adults come to the rescue of our fair land, should be as paralysed in the face of deadly peril as it is.

Look at the country in all its distress, and note the lack of urgency. People are being flooded out of their homes almost weekly, and yet the federal government has left the heavy lifting to Dominic Perrottet, a mere slip of a lad who is so far out of his depth that sometimes I feel the need to rescue him. But it is the good folk of the Northern Rivers who need rescuing.

Many of them are homeless, facing more flooding rains, and we dither. The ugly truth in Australia is that politics gets in the way of basic humanity, every single day of the week.

You can almost hear their creaking brains as they weigh up the political costs of doing something, or hoping the approaching summer will make irrelevant the cold hard facts of homelessness, and the total lack of any sort of housing.

Announce (again) a grant of (our) money to an ice cream factory in Lismore; but where is the logic in a decision to look after future employment before we look after the current safety and welfare of the actual residents?

Lift the Basic Welfare Payment, or look after the children!

How many children are going to bed hungry every day, while we agonise over the Stage 3 tax cuts? Who cares about whether wealthy wage earners get a tax cut, when the least well off in the country are starving, or their children are?

And that is if they are blessed to have a roof over their heads. Imagine, as you sweat on your next mortgage interest rise, trying to make the car comfortable enough to sleep in, for yourself, but more importantly, your children.

Argue for a rise, Amanda Rishworth. These children are Australian, and I don’t want them to be hungry, or cold. She trained as a clinical psychologist, and she should know the damage that extreme poverty and homelessness can do to a child’s self-esteem. Life long shame.

Ask Peter Dutton, who seems to have appointed himself as the country’s pre-eminent protector of women and children, how he feels about the situation. Would he be prepared to give up a tax break, for the kiddies?

He certainly wouldn’t help bring home those unfortunate kids living in Syrian refugee camps; of course they are a real threat to our national security. And they are Muslim. They did not choose to live there, and they are entitled to the same protections as Dutton’s own children.

But of course we cannot ignore the Labor Party deciding that the Chief Medical Officers, at all levels of government, are surplus to requirements. So let Covid-19 rip, it is only killing our parents and grandparents. Talk about a compassion and empathy shortage; there it is, writ large.

We better get on board the AUKUS submarine deal, which might deliver submarines we don’t need in thirty years. Not to mention the wonderful fighter jets we have ordered, but haven’t been lucky enough to see yet. Oh, and don’t forget the tanks and armoured personnel carriers. So handy, when you consider we live on an island, a long way away from anywhere else.

Let’s give the rich a leg up. They need cheap education

In February 2022 it was reported that funding for private students rose by $3338 per student vs $703 for public schools, in the years between 2010 and 2020. That pretty well covers that topic.

Go and have a look at MLC in Melbourne, and compare its facilities with Hawthorn Secondary College. Why do we persist with this? If you don’t want your little darlings mixing with those of the great unwashed, then you should pay for them to be educated. Fully.

If you can’t afford it, try the state system. You might even be pleasantly surprised. Give all children an even start. We might even be able to rid ourselves of the entitled twits who clog up the education system.

Why do we continue to encourage inequality in the one area where all children should be given equal opportunity. Let’s go for a level playing field, and divert the funds from the uber-wealthy to the needy. That way we all win.

Labor needs to act, and act now. The promise is that if you change the government, you change the country. I see cosmetic changes, and a more likeable group of leaders. But we need to focus more on function, over form.