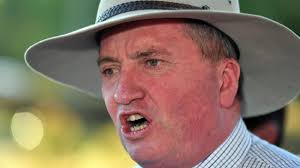 Barnaby Joyce has had a reasonably long career in Parliament, now heading towards 15 years. His career is one which has had a number of very public setbacks, and he is generally dismissed by what he would call the ‘inner city elites’. He remains popular, however, and always newsworthy. He appears to have the ability to ‘bounce back’.

Many outstanding politicians are remembered for doing something special for their country, or perhaps for a lifetime of sustained effort for the country’s benefit. Barnaby Joyce was named “Australia’s best retail politician” by Tony Abbott. Now that endorsement does muddy the waters somewhat, but a reference from a former Prime Minister is still a reference.

He has also ‘served’ as Deputy Prime Minister of the country, which in itself is an achievement. It also illustrates the point that our system elevates the leaders of political parties to positions that are sometimes beyond their capabilities. It is arguable as to whether Tony Abbott and Barnaby Joyce are two such examples, but it also points to the problem of having a junior coalition partner. The leader of the National Party automatically becomes Deputy PM if the coalition is in power. This is problematic if the person in the role is, for any number of reasons, not a good fit.

These reasons might range from any ongoing scandals, to a lack of suitable ‘gravitas’ in the candidate. The expectations on a Deputy PM would be that he, or she, is an acceptable stand-in for the Prime Minister, should the Prime Minister be overseas, or ill, or even deceased.

Resignation and return to the back bench

In February 2018 Malcolm Turnbull was scheduled to go to the U.S. and he flagged that Mr Joyce would be acting Prime Minister in his absence. Unfortunately Mr Joyce was at that time embroiled in a personal crisis, which included the very public end of his marriage. Mr Turnbull, in what amounted to an expression of no-confidence in his deputy, appointed someone else to stand in for him. Barnaby Joyce was sent on a week’s leave.

Obviously that was an uncomfortable set of circumstances, and within a week Mr Joyce resigned from the leadership of the National Party, and consequently lost his position as Deputy Prime Minister.

A look at his ‘annus horribilis’

It would not be unreasonable to expect that Mr Joyce might have called time on his career at that time, as his personal and political reputations were at an all-time low. But no, he had several more struggles to contend with.

There was that television interview, for which he was paid $150,000. There was talk that it was against the rules for Parliamentarians to take remuneration for appearing in the media, but that appeared to be incorrect. It is a convention, which is not binding, and so moot.

Joyce and Ms Campion arranged that lawyers were to establish a trust fund for their son, Sebastian, to set aside the $150,000 to pay for future expenses like school fees. Apparently the payment was to be made into a family trust, which is also a way to avoid a significant tax bill. So much for lifters and leaners.

His next mis-step was when he made the extraordinary claim that he might not be the expected baby’s father. He framed it as a ‘grey area’ which surely failed on every measure of chivalry, if such a thing still exists.

The next bombshell in the ‘annus horribilis’ for Mr Joyce was that he was found to be a dual New Zealand and Australian citizen. Under S44 of the Constitution, he was obliged to resign from Parliament, and to re-contest his seat. He won the by-election, against low profile candidates, but nevertheless he improved his margin.

As if that was not enough he was next found to be living, at no expense, in a friend’s apartment in Armidale. He declared the ‘gift’ of free rental, but again he was pilloried by many in the Press. He even made the comment that he needed the assistance, because he was living on a reduced wage, of over $211,000 per annum. But he was supporting six children, and two households.

Why is he so popular, when his every act seems to be career damaging at the least, career-ending at worst? When looking at his career, and notwithstanding his rise to near the top, one struggles to find the signature ‘big’ achievement. He does have a singular talent for making outlandish statements, which immediately gathers media attention, and he has made something of a reputation for speaking the ‘unvarnished truth’.

This has been gradually whittled away, mainly due to his own efforts, where onlookers or listeners are often left questioning whether he is affected by drink, or perhaps having a psychotic break of sorts. Perhaps it is just bad luck.

Some of his disasters

Mr Joyce continues to have many faithful followers, despite some stumbles along the way. Some of them are shown below:

It could be argued that he has been forever oafish, but not particularly harmful. Jenna Price, writing in the Sydney Morning Herald, thinks otherwise https://www.smh.com.au/lifestyle/barnaby-joyces-other-betrayal-20180209-h0vurf.html

Weighing it all up

He has been called the world’s worst ever Agricultural Minister. He has overseen the Watergate purchase, of seemingly illusory floodwaters, for close to double the asking price. He did say that his department made the decisions; he was presumably absent, because it shows a level of mismanagement not commensurate with a Minister, or on a humbler level, an accountant.

He has been condemned for moving the pesticides regulator from Canberra to his own electorate, at huge expense, and with no discernable upside. He has apparently saved Australia from an environmental hazard, by threatening to euthanase Johnny Depp’s small dogs. Partly for this reason, he was presented with the 2015 Froggatt Award. I cannot tell if the award was ironic, or not.

More recently he completed his term as Special Drought Envoy, where he managed to spend $675,000 and ‘produced’ a report, sent by text messages, which the Prime Minister, Scott Morrison, was too busy to read.

These are just some examples of how genuinely he has been found wanting in his role as a Parliamentarian, and Cabinet Minister. Think of an issue, and he will have likely taken the renegade position, and as likely as not, reversed his stance at some point. It is plain that he sees himself as a born leader, and his recent tilt at the leadership of the National Party, after the ignominy of the past year, has not dampened his ardour for a life at the top.

He continues to be reasonably popular, which is totally unbelievable, but true. He is a phenomenon. 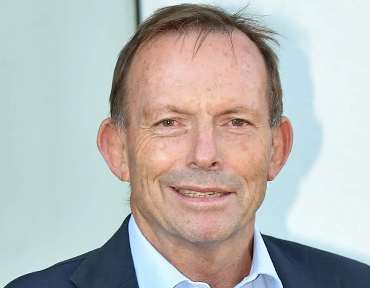 One of my daughters, a wise young head, when describing certain individuals of less than stellar intelligence, uses the phrase “he (or she) will never be Prime Minister”. It is a curiously descriptive phrase, because it says everything about limits, of intelligence, of ambition, of drive, of the ability to think conceptually, to radiate warmth, to believe in service to our community …

Of course it relies on an old fashioned sense that, had we personally really tried, perhaps we could have done anything as well; but then reality steps in, and we realise that our time is past. But contained within the idea is an admiration for those who did possess those attributes, those character traits which, for good or evil, elevated them above their peers.

Tony Abbott Got through the Character Check

A closer look at some of those who DID make it to Prime Minister, however, is a cause for concern. Let us consider Tony Abbott as a recent exemplar of people who achieved arguably the highest office in the land, and yet they seem to embody the phrase “he’ll never be Prime Minister”.

Tony Abbott has a ‘highlights package‘ which is truly impressive. Of course we use the phrase ironically, because there is a curious consensus that he, over twenty five years in parliament, really had no highlights, but more a dazzling array of cringe-worthy moments, piled on top of each other. Here are some of his more horrifying efforts, any of which should have torpedoed his career, and yet he defied the gods.

What Will Unfold For Tony Abbott in Retirement?

The most distressing thing about this remarkable list is that it barely scrapes the surface of his hopeless quarter century in public life. But there is another disturbing aspect to this situation. Now that he has been removed from office, I would be willing to bet that some awful sinecure will be found for him, at the public’s expense, so that he can continue to blunder along, and after enough time has elapsed, he will retire with honours and accolades, as an ex-Prime Minister.

But despair not. This is to be an occasional series of ruminations on the performances by Australia’s leaders, and how they appear to be, as a group, uniquely unsuited to leadership. Consider some of the names – John, Kevin, Malcolm, Scott. Wow! But at least we missed a bullet when Peter (Dutton) failed. And to the conspiracy theorists out there who think I left Julia out of that list of no-hopers, I did. At least she actually did her job, which was to LEGISLATE.