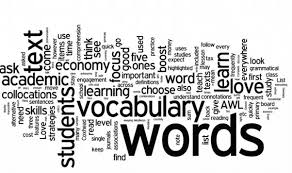 When a politician speaks we should be able to decipher what he or she is saying. Most of them, at least these days, have an education of sorts, and presumably when they use words they use them in a way that their listeners understand. So “no” should not have a special meaning; and neither should “yes”. They should mean what most people think they mean.

This extends to questions asked of them. And it includes other words. It includes all the words most people understand. The journalist asking the question is expected to use words his or her audience understands, and the journalist and the politician should both be aware that the question, and the answer, is being provided for the public’s benefit. Not because we are busy-bodies, but because we are the governed, and they govern with our consent.

After the noise and confusion of an election things should settle down. There should be an opposition keeping the government to account, and there will be a Government, subtly changed now, and governing for all, not just for their supporters.

This sounds relatively straightforward. Governing for all. No need to be mean and tricky; governing for everyone, even political opponents, because they are, usually, close to half the population, and they live in seats all over the country, and they have only the one government. They do not have an alternative government to petition if they are unhappy. They remain citizens. Their rights are not diminished by an election. Their lives go on.

In Australia it was once understood that, whoever won an election, the entire population would be the government’s first concern. Members from both sides would ensure that no group prospered at another’s expense, and always that the delegates, our parliamentarians, worked for their fellow citizens’ benefit, with honest disregard for their own interests. Remember when incoming Prime Ministers assured the losing side, on election night, that they would govern for all, and not just for those “having a go”and that now was the time for unity.

So what happened? This government has continued as the last one finished. It is mean and tricky. Consider the tax cuts recently passed. They are claiming victory for three sets of tax cuts, the last of which is set in the ‘never-never’, and for which there is no mandate, because they will happen, perhaps, in 2024/25. As our spineless Labor leader so rightly stated, mandates do not outlast the current Government. It is a disgrace that he rolled over anyway.

Two of their members, Ministers of the Crown, have appeared to conspire to subvert a re-classification of native grasses from endangered to extremely endangered. The fact that the change was not made is because the re-classification was too brazen even for this government. And yet they persist in the story that they met with no intention to divert public policy.

The Treasurer continues to describe the removal of a tax concession as a tax. It does not meet the definition of a tax, and the Treasurer, if anyone is, is meant to know what a tax is. It is as insulting to our intelligence as Tony Abbott’s description of a carbon price mechanism as a “Great Big New Tax”.

I particularly like the title of the Minister for Reducing Emissions. Presumably he couldn’t bear the idea of being the Minister for Climate Change, because he maintains that climate change is made up, and if he held that title then people in his party might think he was a conservationist, or something. So change the name, and the stationery, and the punters will not notice. It will cost plenty getting those changes made, don’t you worry about that.

There was another delicious irony recently, which I must mention. The government recently announced that it wanted to re-introduce an Ensuring Integrity Bill, and the first person to endorse it was Barnaby Joyce. That is ironic on so many levels. Barnaby should consider a career in stand-up, but I hear the roars of laughter – too late, he already is. But Ensuring Integrity, and Barnaby, in one sentence? Please. Stop.

The Minister for Finance, a man who ‘forgot’ to pay for his family’s holiday last year, is tasked with investigating whether Julie Bishop and Christopher Pyne have broken the Government’s Code of Conduct re. using, and being paid for, information gleaned while working for the electors of Australia. Their seeking re-employment so soon appears unseemly, considering they were fatigued from so much government work in the past, and they seemed to be headed for a deserved (?), very comfortable retirement. Upward of $220,000 per annum, for life, whether they are employed, or not. I just hope that there are no accounting issues for the Finance Minister in his investigation, as he has proved himself not so good at adding up. What will his ‘investigation‘ turn up?

All of these examples serve to illustrate the very low regard this government has for our understanding of what they say, and how they say it. The ‘pub test’ is often touted as a sure way to evaluate someone’s probity. In the absence of a better yardstick, it is necessarily a blunt instrument, but what else is there? We’re certainly not getting an Integrity Commission, because neither side wants one.

One thought on “Words Have Meaning”