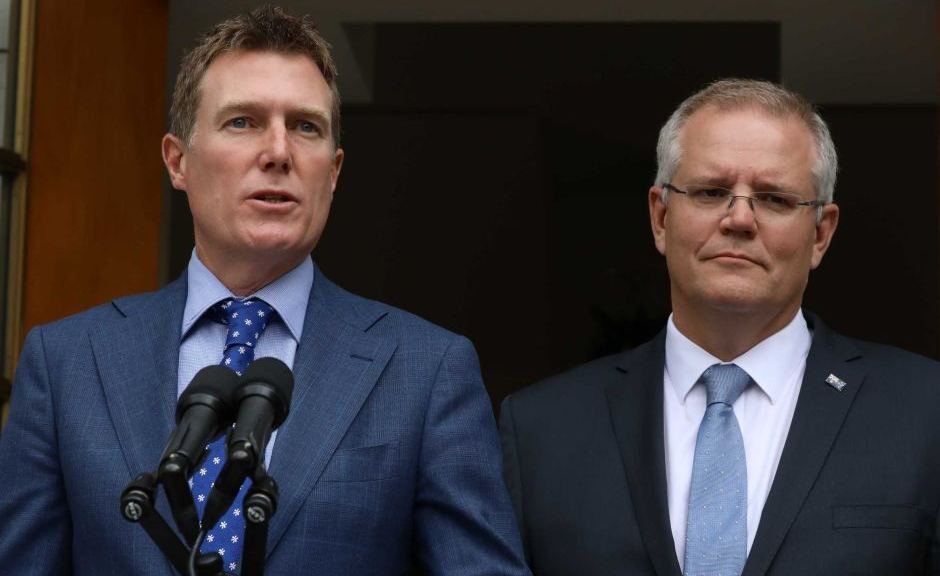 “Australia is a lucky country run mainly by second rate people who share its luck. It lives on other people’s ideas, and, although its ordinary people are adaptable, most of its leaders (in all fields) so lack curiosity about the events that surround them that they are often taken by surprise.”
That is a quote taken directly from Donald Horne’s The Lucky Country. It was published in 1964.

Is that still true? The short answer is of course yes. Let me count the ways our lucky country is led by second rate people, and some of their signature ‘tunes’.

Morrison is like a bull in a china shop

In December 2010, the shadow cabinet were asked to bring three ideas each, to a tactics meeting, for attacking the Gillard Government. One of Mr Morrison’s ideas was to use an anti-Muslim campaign, as he thought it might be effective, and popular. He was dissuaded by colleagues, who thought it a step too far.

In February 2011, he objected to the cost of flying grieving relatives to Sydney, for the funerals of their loved ones, who had died in the Christmas Island boat disaster. After much criticism, he apologised for the timing of the statement, but not the substance. He made the statement on the actual day of the funerals.

He repeatedly referred to “illegal arrivals” and “illegal boats,” when discussing asylum seekers. He was eventually elevated to Immigration Minister in 2013, when Abbott came to power. He takes particular pride in having ‘stopped the boats’. He was widely criticised for his refusal to discuss “on water matters”. He has a basic disregard towards the public’s right to know what the Government does, on our behalf.

In November 2014 the Australian Human Rights Commission found that he had violated the rights of children in his care, and of breaching Australia’s international obligations. Tony Abbott was concerned that the report was politically motivated. No remorse, from either of them.

In the five years to 2019, more than 95,000 asylum seekers arrived in Australia by plane, causing a huge backlog of unsuccessful applicants, all waiting to be deported. Critics say that many are the victims of people smugglers, using the other, acceptable gateway, the airport. Many are vulnerable to exploitation, and possibly slavery. It is possible that Morrison has thought about this, but I wouldn’t bet on it.

In 2019 he went to Hawaii while Sydney was on fire, because he had promised his kids. He doesn’t hold a hose, because he is more of an office type of guy. He was busy, he said, and he deserved a holiday, like every other husband and father. This was the beginning of the ‘daggy dad’ routine. Beers at the footy, visits to Bunnings, silly hats. All part of a campaign to humanise him, to try and remove the ‘big end of town’ focus of his policies. Tax cuts for the rich, Robodebt for the poor. He has a mortgage, like everybody else, except he gets paid over half a million dollars a year.

The pandemic saved him, because he has so little regard for following process that he, and his Government, were in danger of being hounded out of office. It is still amazing how little he expected to be found out, with firstly his sports rorts affair, and now the supercharged car-parks scheme. He is like a burglar who thinks no-one can see him, as he breaks and enters, misusing taxpayers’ funds as if they were his own.

The vaccine rollout has been a disaster, because the daggy leader didn’t understand that he had only done the first part of his job. He was happy to coast on our low deaths and infection rates, without any curiosity as to what might come next. Second and third waves have been a part of pandemics since at least 1919 and the Spanish flu, but it was, in his mind, definitely not a race! More of a victory lap.

If we were to study Morrison’s response to gender issues this year, his calling in of his wife to advise him on an appropriate response to Brittany Higgins was a particular lowlight. He seems to be afraid of those pesky women, and their demands for, at the very least, a safe place to work. Again, his tone-deaf support of Christian Porter highlighted his inability to read the signs of change.

Ditto for global warming. The Intergovernmental Panel on Climate Change (IPCC) delivered its Sixth Assessment Report this week, and the usual suspects fronted up to gaslight the Australian public. Morrison again stated that he supported the science, and his Emissions Reduction Minister, Angus Taylor, repeated the line that we are on target to “meet and beat” the Paris target. The climate crisis, for it really is one, was visible to scientists thirty years ago, and yet the Liberals think they can still fob us off with tales of “technology not taxes”.

In this instance we are going it alone. We are not even borrowing ideas from overseas; the rest of the world knows Climate Change is happening, but our leaders have stuck their heads in the sand. Like ostriches, or was that emus? How embarrassing, and ultimately dangerous. Clearly, we are led by second rate politicians, who hope their luck never ends.

One thought on “A lucky country, run by second rate people”